Dusts are the product of the ore refining system.

The Enrichment Chamber turns ores into dusts and dirty dusts into dusts. 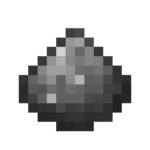 Dirty dusts are a product of the ore refining process.

The Crusher turns clumps into dirty dusts. Use the Enrichment Chamber to turn these into useful dusts again. 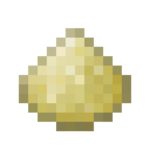 Sulfur Dust by itself is not used in much recipes. It can be used as a substitution for Yellow Dye, and be used to create gunpowder using an Enrichment Chamber. However, what makes it such an important ingredient is its ability to produce Sulfur Dioxide in a Chemical Oxidizer.

Sulfur Dioxide can then be used to produce Sulfur Trioxide when used in a Chemical Infuser with Oxygen.

Sulfur Dust can be obtained in many ways:

A method is to use the Pressurized Reaction Chamber (PRC) with the ingredients Water; Oxygen; Block of Coal/Charcoal or Coal/Charcoal.

Using Coal/Charcoal will require 100mb of Oxygen and Water, and the process will take approximately 5 seconds/100 ticks (with no Speed Upgrades). Doing so will yield 1 Sulfur Dust and 100mb of Hydrogen.

Using Block of Coal/Charcoal will require 1,000mb of Oxygen and Water, and the process will take approximately 45 seconds /900 ticks, 9x slower than using Coal/Charcoal (with no Speed Upgrades). Doing so will yield 9 Sulfur Dusts and 1,000mb of Hydrogen.

By using Hydrogen Chloride and Gunpowder in a Chemical Injection Chamber, you can produce Sulfur Dust. You can obtain gunpowder from flint or a vanilla creeper farm.

Putting Flint into a Crusher will produce gunpowder, which can then be used in the Gunpowder Method. You can obtain flint from gravel.

Putting Gravel into an Enrichment Chamber will produce flint, which can then be used in the Flint method, then the Gunpowder method. You can obtain gravel from cobblestone or digging. 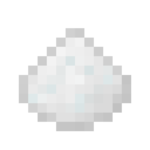 Salt is a material obtained from mining Salt Blocks. Salt can also be obtained by processing Gaseous Brine through the Chemical Crystallizer.

Salt can be used to craft back into its originating block (Salt Block) as well as for producing Gaseous Brine in a Chemical Oxidizer. It can also be used to supply a Chemical Injection Chamber with Hydrogen Chloride.